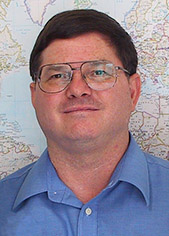 Dan is Karen’s favorite person in the whole wide world (except for Jesus, of course!). But that’s probably not what you want to know about him…

He grew up on a farm in Missouri, had a 20-year career in the Marine Corps (during which he got a Master’s degree in Electrical Engineering and even designed the antenna system for an experimental satellite that actually went into orbit and did its job), and then in 1996 became a missionary in Japan.

But there’s a lot more to Dan’s story, and he will tell lots of those additional nuggets in various ways in the resources hosted or introduced on this website. Enjoy!